One of my most favorite things about Stella & Dot is the connections I’ve made with so many new people, and a few old ones, too. After I signed up as a Stylist, I found out that my cousin’s cousin Katie (she’s in the photo below on the left) was also a Stylist. We hadn’t seen each other in probably at least 8 years until last Hoopla. Since then, we’ve kept in touch and I look forward to getting to visit with Katie and her friend Kirsten each year. She’s so fun and is a crazy dancing machine. This photo was taken at our Wonderland Awards Gala, where we  honor so many of our incredible leaders as well as every Stylist’s successes over the past year. The Stylist who earned top in sales sold over $200,000 in jewelry in the past year!! Way to set the bar, Sandy Sembler! She’s such an inspiration — last year, she attended her first Hoopla and sat in the very back. She later told us that as she sat in that back row, she said to herself that she’d be in the front this year… and she certainly delivered, even in the face of a difficult personal situation. It’s women like her who are an inspiration for me to keep going, even when it’s not easy. This company is full of those women, and it’s such an honor to be associated with them! 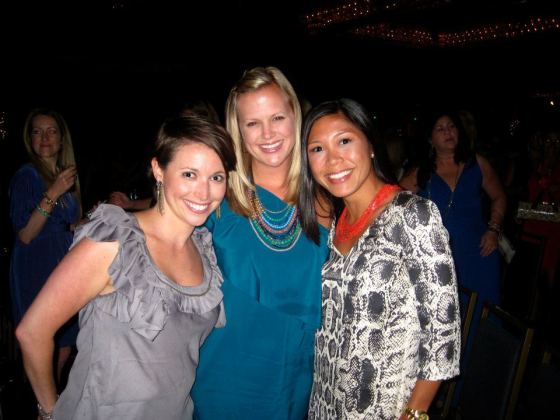 We were entertained by amazing Cirque performers during cocktail hour, and after awards, about 1,500 women (and a few good men) celebrated with a giant dance party till late into the night.

Our one and only CEO/Founder, Jessica Herrin. I am confident she has the best dance moves of any CEO in the country, hands down. With our company well on its way to being a billion-dollar business in the next few years, she certainly has every reason to dance.

Two of my team members, Devon and Kari, joined me at Hoopla this year! Kari was the very first Stylist to sign up on my team over 1.5 years ago, and Devon is a new Stylist (who lived on my hall freshman year of college!). The training we receive over this short weekend is invaluable for our businesses, and I’m so thrilled that they decided to take part in it. They are already putting what they learned into action, and I can’t wait to see what this year brings for them!

One of my favorite moments of the weekend::
Our Board Chairman, Mike Lohner, flew to SF from London to give a very motivational and inspiring speech and he started it off with a saxophone serenade to “What Makes You Beautiful.” His performance was so unexpected, and it received a huge roar from the crowd, especially with our Executive Team dancing all over the stage!

Our mission has also expanded! We’re now officially supporting breast cancer, autism, and ovarian cancer awareness months with sales of specific items (like our Tribute Bracelet last October for breast cancer). Stella & Dot is making it easy for our customers to look good while doing good! 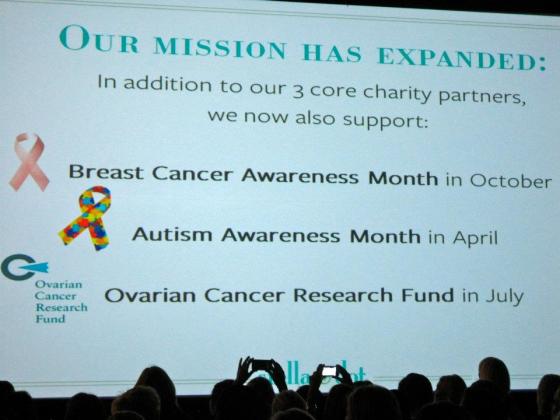 Q & A with Jessica closed out Hoopla 2012::
One of her favorite words:: BOLD. Not surprising, given who she is and the empire she’s created in just a few short years. Being BOLD is a leap of faith to try something new, like starting your own business. It’s overcoming obstacles and adversity when you think you can’t. It’s knowing that this business is not just about selling jewelry (even though it’s the most stylish, gorgeous jewelry out there), it’s about being able to style our own lives and giving us the power to help others do the same. It’s about believing 6 impossible things before breakfast. It’s about turning the word “impossible” into “I’m possible.”   Thank you, Jessica Herrin, for dreaming big and making it possible for us to do the same.

I think this photo says it all. I can’t wait to see where the next year takes me! 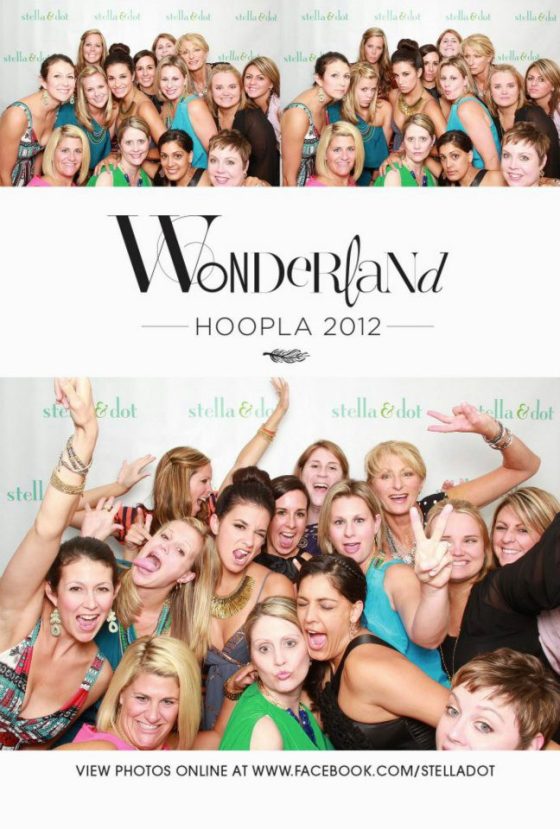