To say that 2015 was incredible would be the understatement of the year. It started out with so much excitement and anticipation, literally finding out 2 days into the new year that we had a baby on the way. That excitement only multiplied as we got to see baby Hayes in our first ultrasound in early February, and then again later that month, which is when we shared our news with the world.

I documented my pregnancy with weekly photos and blog posts and took bump photos at some of our favorite spots around Atlanta, as well as pretty places while on vacation. 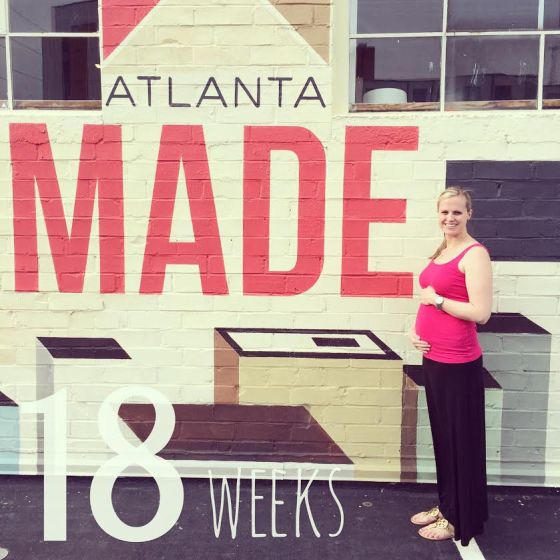 We had no shortage of trips this year, with 5 weddings taking place 5 months in a row — and all of them were out of state (Tallahassee, Asheville, Rosemary Beach, Nashville, and Charleston). 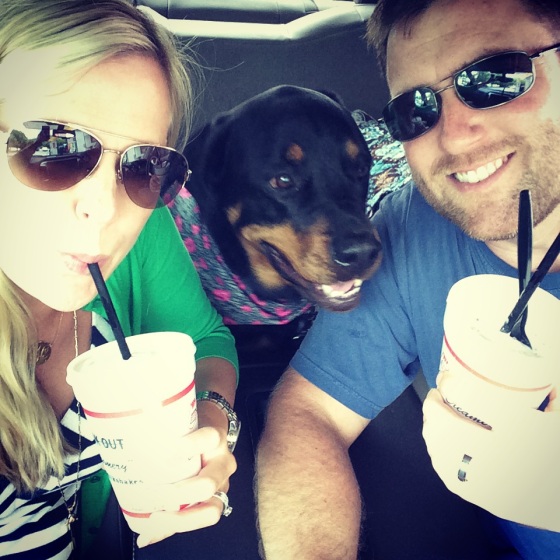 In mid-April, we had the most exciting ultrasound of all — the gender reveal!! Craig almost passed out when we found out it was a girl! And I, of course, could not have been more thrilled! We were going to be in Asheville that weekend for my friend’s wedding, so we had cakes and cupcakes filled with pink icing delivered to our families to share the news before we made the public announcement (a photo of Coco in front of the crib filled with tons of pink balloons). 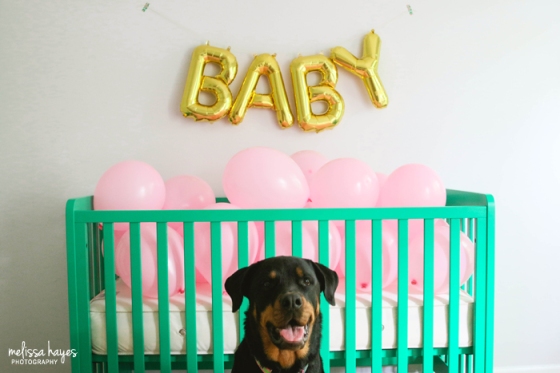 In mid-May, we treated ourselves to a Babymoon/6th Anniversary trip to Puerto Rico. It was perfect – we laid by the pool overlooking the ocean, ate way too much, walked the streets of PR, and just enjoyed being together on one of our last vacations before becoming parents. 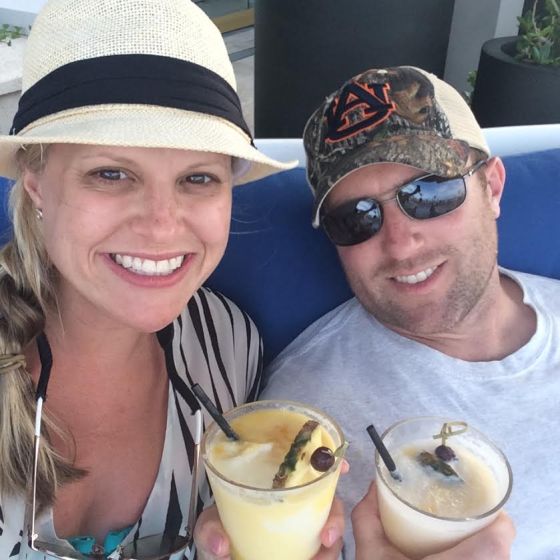 Several of our best friends showered us with a couples BBQ in Nashville in June, and it couldn’t have been more special! We were surrounded by Craig’s family and our Nashville friends (and some extra special Atlanta friends who hosted it), and there was lots of pink, BBQ, and donuts!! 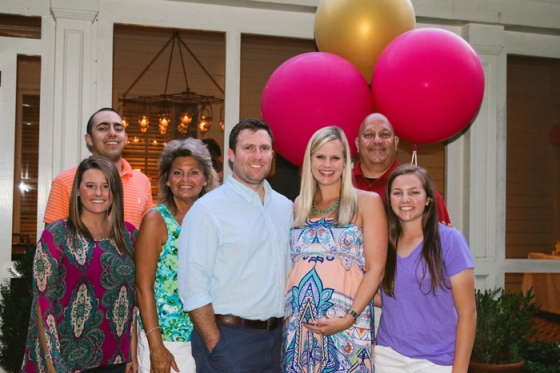 On the drive to our friends’ wedding in Charleston in mid-July, we finally agreed on a name for baby girl – Leighton Lane! We laughed that her nickname might become LL Cool Hayes (in reference to singer LL Cool J), and it kind of stuck with our friends while on that trip. 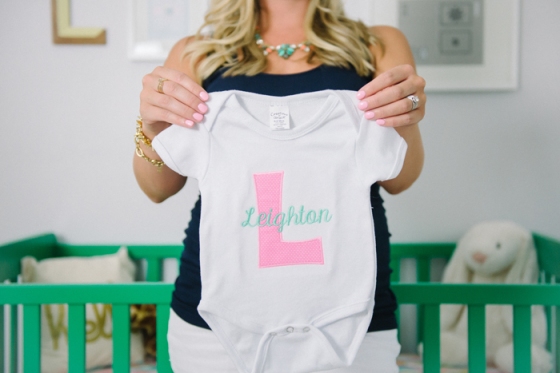 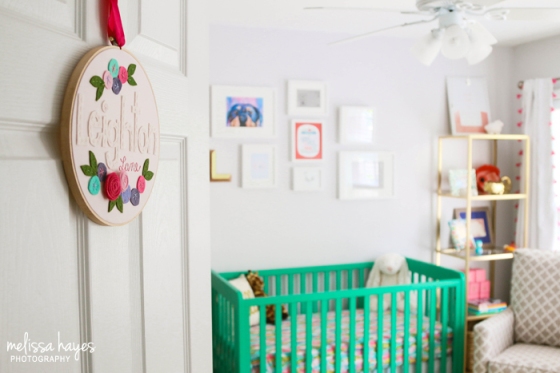 My sweet sister-in-law threw me the most gorgeous baby shower in August, with just over a month until Leighton’s arrival. It was absolutely perfect – a garden party theme filled with paper flowers, my favorite treats, and my favorite ladies. 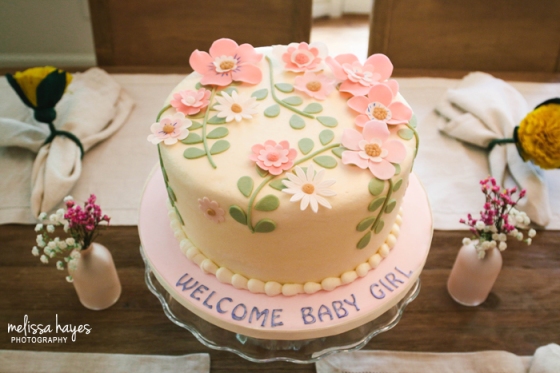 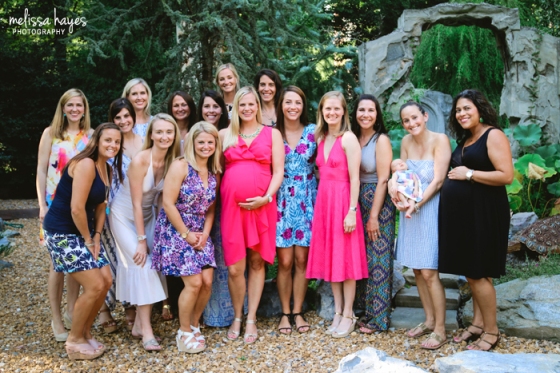 Later that month, we celebrated my last birthday before becoming a mommy, as well as my dad’s 60th!

I spent the last couple weeks of my pregnancy preparing our home and (not so) patiently waiting on Leighton to make her debut. And just like her mama, she made a timely arrival… only missing her due date by a few hours! On Thursday, September 10th, our lives changed forever as we welcomed Leighton into the world and into our hearts. It was simply the best, most memorable moment of our lives.

Since then, we’ve been adjusting to life with a new baby. There have been a number of sleepless nights and trying times, but there have been many more laughs and heart-melting moments shared and memories made together as a little family. Leighton is growing and changing every day, and we’re learning right along with her. 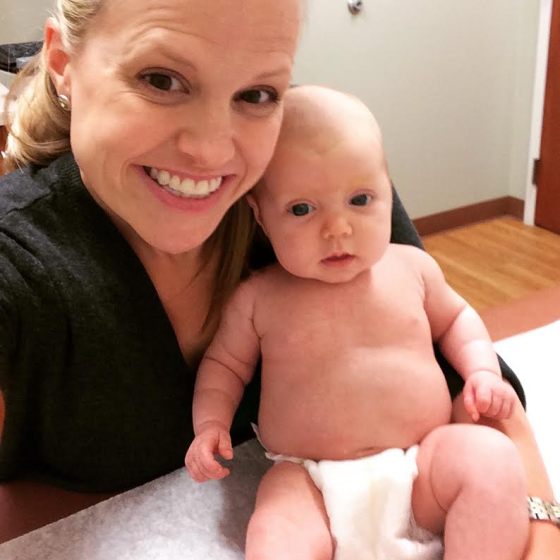 Along the way, both Craig and I quit the jobs we’d had for the past 9 years. I am now focusing on my photography business, and Craig went into business with my brother and dad. So many changes all around, and we couldn’t be more thankful for God’s perfect timing!

When Leighton was just a month old, we traveled to Jacksonville to celebrate my grandmother’s 90th  birthday, a truly special occasion. Later that month, we celebrated Craig’s first birthday as a daddy! Our first baby, Coco Bear, also turned 5 in November!

Leighton has now had her first Halloween, Thanksgiving, and Christmas, which is hard to believe. She’s a great little traveler, and we look forward to lots of family vacations with her in the coming months and years. Many of my favorite memories from growing up revolve around the traveling we did, and I hope to do the same for Leighton! 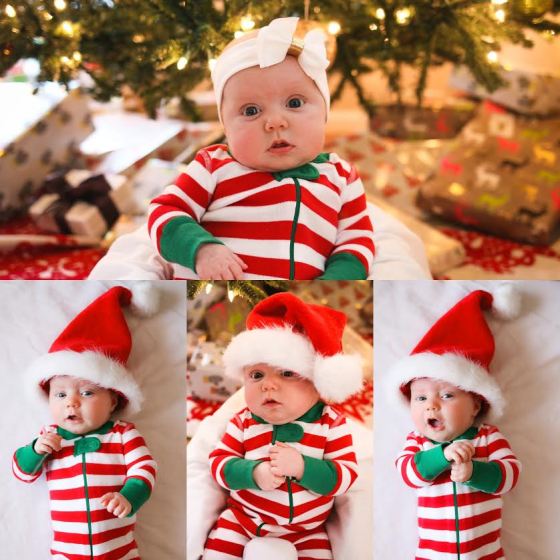 2015 has been the most wonderful, life-changing, tiring, happy year of our lives – what a blessing! Despite being more exhausted than I ever thought possible, I’m happier and more fulfilled than I’ve ever been, and I feel humbled, honored, and so very thankful that God chose us to be Leighton’s parents. Here’s to a whole new year of adventures in 2016!