We don’t have another check-up until 9 months, so we estimated her weight for recording purposes. 🙂

Milestones: Leighton has been sitting up like a rock star since just after she turned 7 months, and it’s making play time so much more fun! She’ll sit and inspect/play with lots of different toys before needing a change of scenery, which is great.

We had to lower her crib at 7.5 months because she started pulling up on the side once she was set upright. She’s getting so curious about everything around her!

She also decided to start sleeping through the night during our beach vacation in mid-April (and in a pack n play, no less!). I know this is pretty late in the game for her to still be waking up in the middle of the night to eat (only once a night and it was always quick, but it still took a toll)…  so we were actually planning on starting sleep training as soon as she got over her recent illnesses. I’m so thankful that she started it on her own instead, and she has been sleeping through the night since then!

Likes: Coco — her eyes light up every time her puppy walks into the room. What else makes her smile? Seeing herself in the phone screen when we turn the camera function to selfie mode. As soon as she sees herself, she gives a huge smile for the camera – mama taught her well! 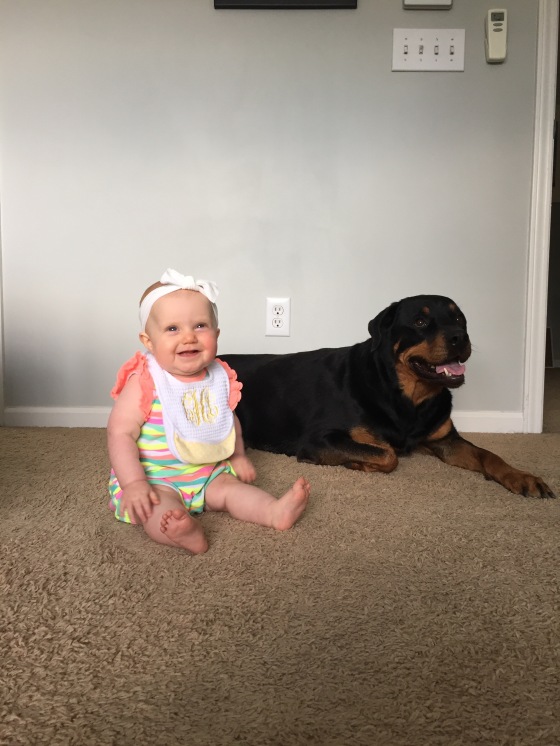 She loves eating, as well as drinking out of a “miracle” cup, which has no spout and can be drunk out of from all sides of the lid, but it doesn’t spill water everywhere. She holds her little hands out to her side and sticks her head way out to drink from the cups when we hand it to her, which is pretty hilarious. She’s also gotten pretty good at picking it up and drinking from it herself.

When we’re out in public, whether it’s a restaurant, Target, the grocery store, etc., she loves people watching. She’ll all but turn her head 360 degrees to watch someone walk by behind her, and if they stop to talk to her, she’s all smiles. I think we have a social butterfly in the making.

Her current favorite activity — bouncing! If someone will hold her upright, she’ll bounce to her heart’s content. Add in a mirror so she can see herself bouncing? Happiest baby on the block!

Dislikes: She still gets mad when she’s being strapped into her carseat and stroller, but she typically calms down once we get rolling.

Fun stuff  & firsts: One of my favorite things yet — we took Leighton to my mom’s family’s beach house in St. Augustine in mid-April (read about it here)! This house, beach, and town holds a very special place in my heart, and I’m so happy that this is where we took her for her first beach experience. She got to touch the sand (and ate a little, too), put her toes in the Atlantic Ocean, and had a hilarious encounter with a lemon during our trip.

She has started giving out kisses (big, slobbery ones) — but we usually have to beg a little for them. 🙂 Her favorite person to kiss, though, is the baby in the mirror (or in the iPad reflection). She’ll even sort of pucker up her lips and make a little kissing sound, which is adorable!

We traveled back up to Nashville at the end of the month for Craig’s 15yr high school reunion.  We love getting to spend time with his family, and Leighton got in plenty of playtime with them and some of our friends, which we all enjoyed!

We celebrated my first Mother’s Day, and it was so special! We spent the weekend eating good food and visiting with family. It was perfect!

With each passing month, Leighton’s little personality is really starting to shine. She’s sassy and silly, so happy, and the cutest, chubbiest little babe. We love her more and more every day! 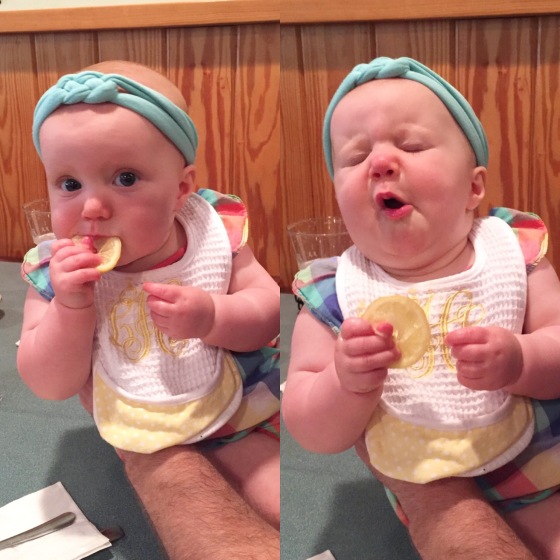 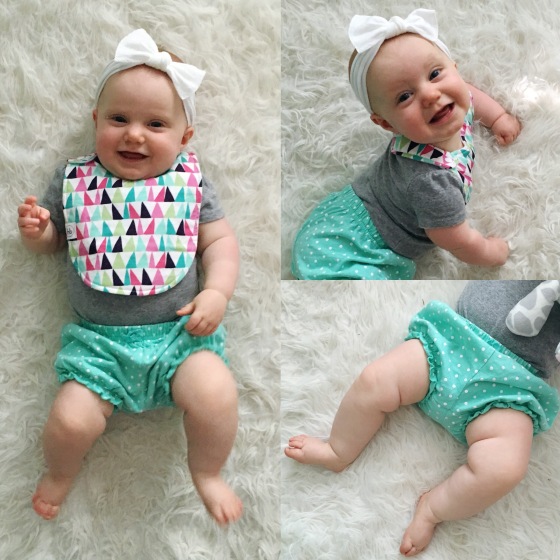 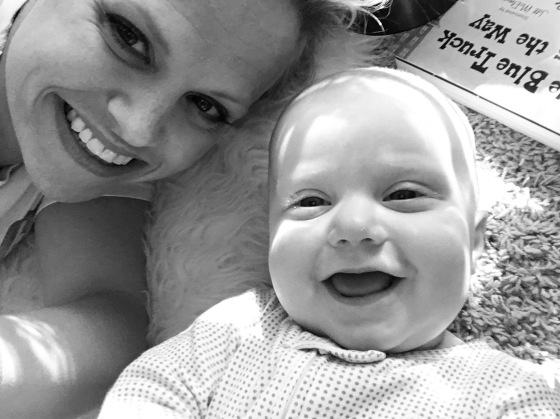 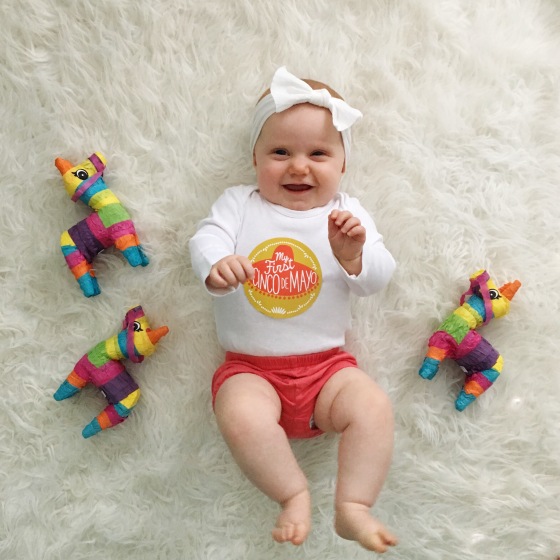 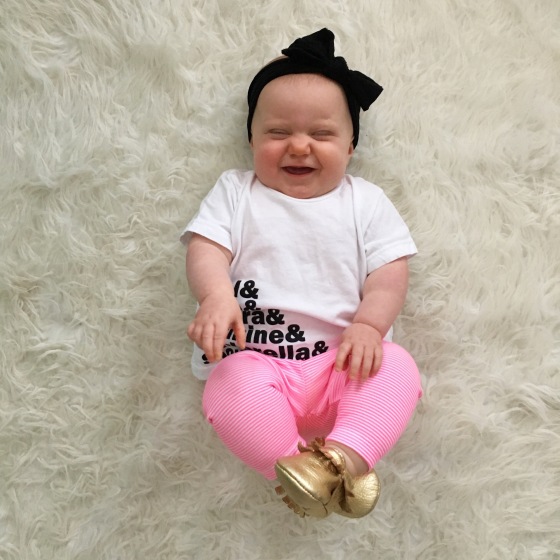 We have entered the next level of the game.
Home of the free because of the brave. 🇺🇸 Happy Memorial Day, and thank you to those who have given everything so we can be free.
The Best Day. ☀️💦👙🚤 Family / sunshine / the twins’ first time on the boat / Leighton’s first ride on a “boatercycle” with BaBa (she renamed the jet ski) / L and Jack’s first time riding a tube / lots of sand eaten by the babies ❤️ The Best Day.