Milestones: She walks!! At just 10 months and 2 days, she officially took her first multiple steps all on her own! Each day, she takes more consecutive steps before plopping down on the floor, but she’s always right back up again. She also learned how to climb the entire basement staircase… (with me right behind her and holding on, of course). She’s one determined and fearless little girl.

Just a few days after hitting 10 months, we realized she’d cut her top front tooth (on the right)! Other than waking up slightly earlier several days in a row, we haven’t noticed any signs of teething or fussiness, thankfully. And while on vacation, she cut her top left tooth – soon she won’t be so snaggletoothed. 🙂

She’s learned how to point and clap, so her little bag of tricks is growing quickly. 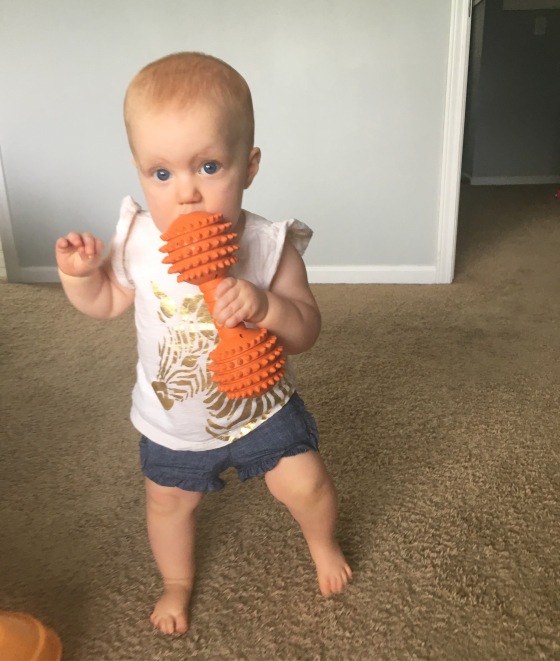 Likes: Food! In this month of the finger food adventure, she’s been introduced to (and likes) strawberries, black beans, Hawaiian rolls, Greek yogurt, baked sweet potatoes, silver dollar pancakes, pears, potatoes, yellow bell peppers, pinto beans, peaches, and yogurt… oh, and cheese dip. So far, the only things she’s not a big fan of are meatballs and mandarin oranges. (She doesn’t know what she’s missing out on…)

She loves being clapped for when she does something good, and she’s obsessed with the rubber duckies who live in her bath tub. Every day, she makes a beeline for her bathroom to go rescue them.

Dislikes: She is generally quite happy, except when we take one of her favorite things away from her (my wallet and car keys tend to be the top favorites). She’s also still annoyed almost every time we put her on the changing table, but there’s no getting around that.

Fun stuff & firsts: Leighton has started “dancing” to music (rocking back and forth). It’s the cutest! She can stand up on her own without needing to pull up on anything, and she walks around the house with her arms up, following Coco wherever she goes. Coco is not a big fan of this game, but she tolerates it because she loves LL.

We had some fun play dates, picked blueberries at our friend Anna’s new house, and are in the process of setting up LL’s playroom down in the basement. She loves it so far! 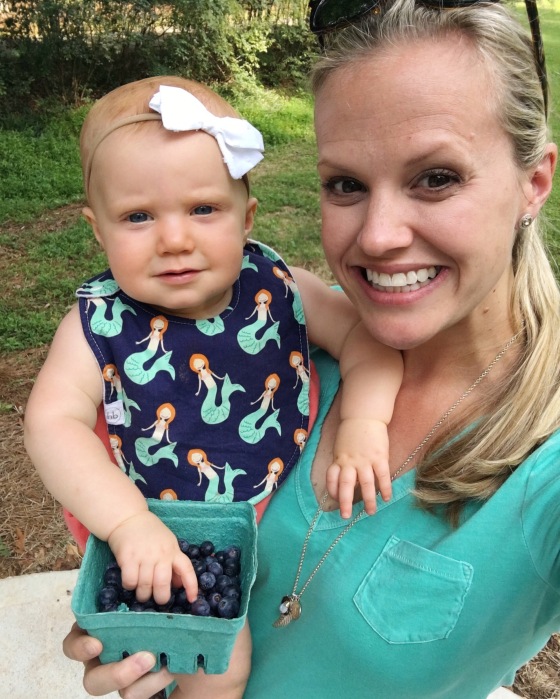 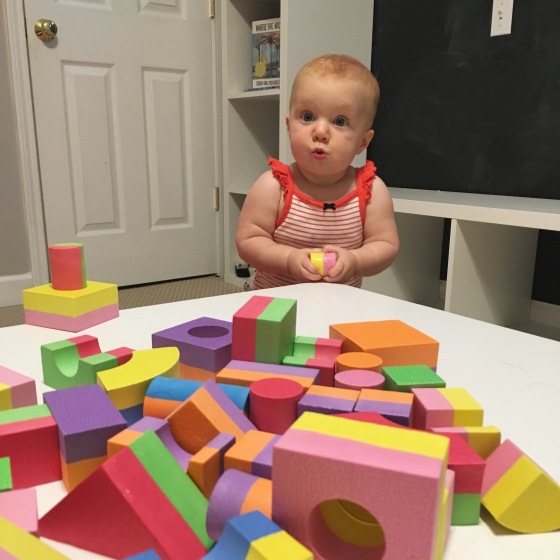 New sounds include “ooooooo!” (usually while pointing at the air) and “na-na-na-na.”

One of our favorite things she currently does is pick up an item and flip it over and over again in her hands, and then she’ll grab another item and stack them together in one hand to carry around the house. These items range from teething toys to notepads to sunscreen bottles. She doesn’t discriminate.

We’re saying “NO” a lot now that she’s walking and free to roam around (with supervision) and get into things. Sometimes she listens and stops whatever we’ve told her not to do. Sometimes she completely ignores us… but I’m pretty sure she knows what she’s doing.

One of her favorite things to do is push the kitchen chairs around the room until she runs into a wall or counter. She also has a serious newfound love for her little bucket of plastic shapes (which she’s had for months). She’ll carry the bucket all around the house, pull the shapes out, put them back in, and bang two together. Aside from random items like coolers and plastic cups, I’d say this is her favorite toy right now.

Leighton took her second beach trip this year – we went to Rosemary Beach, FL for a full week with my family. Read about it here! 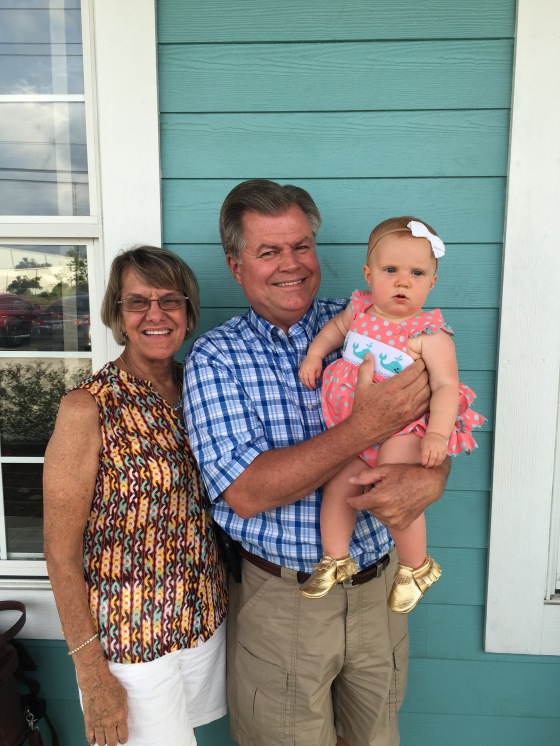 It’s hard to believe that this our monthly update before Leighton turns one. She’s walking, babbling, and so silly. She loves to wave, clap for herself, and give very slobbery kisses.  The time flies so quickly, and she just keeps getting more and more fun! 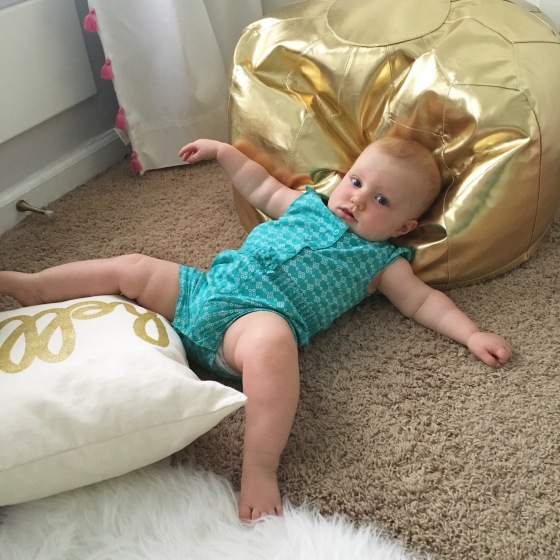