Milestones: Leighton is really starting to pick up on new words and lots of animal sounds, which are our favorite party trick to show off these days. A couple of our favorites are her impression of an elephant (which involves throwing her arm up in the air like its trunk) and her take on “meow” when asked what a kitty says — she says “ma?” as if she’s asking a question every time. She also thinks it’s funny to instead answer “uh-oh” every time we ask what an animal says… her sense of humor is really starting to flourish. 😉 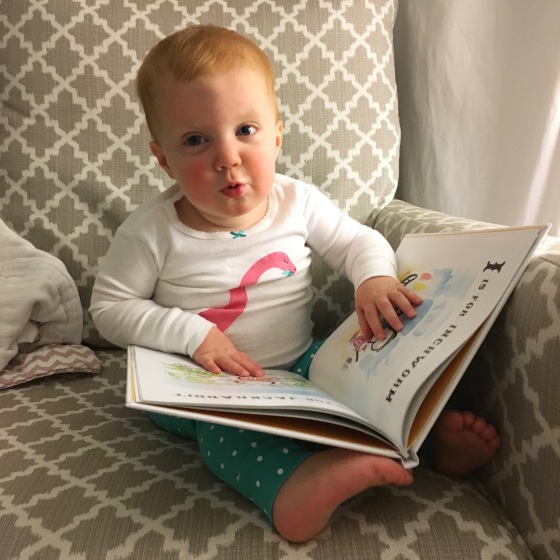 We’ve been working on “please” and “thank you,” and it’s starting to pay off! Just last month, she has started saying “teh-to” when someone gives her something she wants, and it has been completely unprompted! I’m continually so amazed at the things she’s starting to comprehend.

She has 12 teeth and you’d have hardly even known when her molars came in. I am so thankful she has been an easy teether so far!

Likes: She loves walking up and down our street and collecting rocks from our neighbor’s mailbox garden. She has a new obsession with shaved ice from my parents’ ice machine and would carry around a cup full all day long if we’d let her.

Leighton LOOOOVES snacks… so much so that we had to put a lock on the pantry doors. Otherwise, she’d eat to her heart’s content all day long and help Coco gain about 20 extra pounds as well. She also likes watching and helping me when I make her sandwiches for lunch, so she’ll pull a kitchen chair over to the counter to assist. It’s about time she started pulling her weight around here… 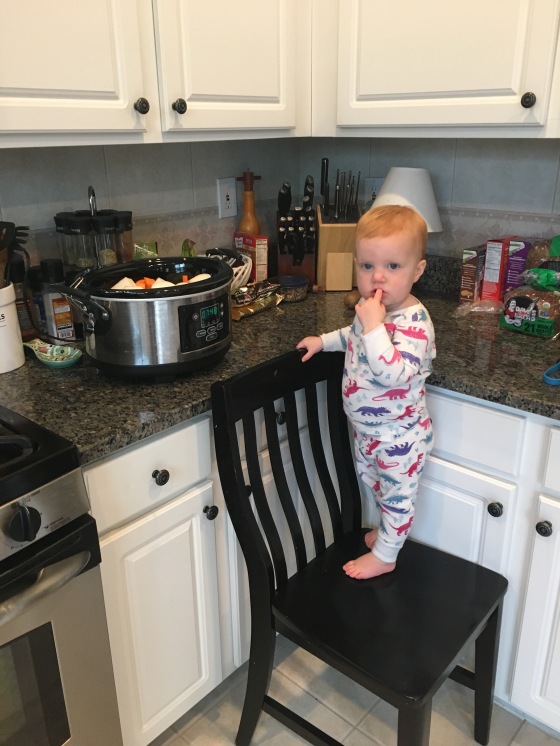 The DVD player we bought her for Christmas has become a life saver for us while in the car, and the Baby Einstein videos are her favorite. She’s so much happier to hang in her car seat during errands or a longer car trip, and it has saved my sanity. I like that she also seems to be learning things while she’s watching. It’s a win-win. 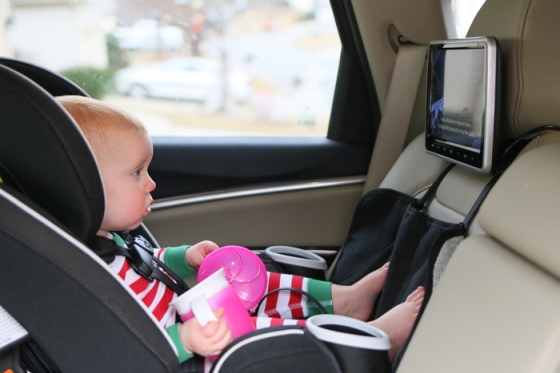 She has really taken to “reading” books the past few months, both right when she wakes up and before bed. We have board books and flap books strewn all around the house, and they have really aided in her learning animals and some household items (like clock and chair, which she will run and point out over and over again).

Dislikes: Being told no / not getting her way… which now result in her banging her head into the wall or floor and saying “uh-oh” while crying and being mad at us. It’s such a weird thing to do, but we’ve found that she’s not the only kid out there who does this. Hoping it’ll pass soon…

Being sick. Although this is really more of a dislike of mine and Craig’s. She got a double ear infection in late February, along with a cold and cough. Aside from a high fever and glazed over eyes, she was still acting like her usual rambunctious self, though, so I’m thankful she seems to have a high tolerance for pain.  As with any parent, we just hate seeing her sick.

She also still hates having her face wiped after eating and acts like a total maniac when we try to put her on the changing table.

Other fun stuff: In the past 3 months, we celebrated Christmas, New Year’s and Valentine’s — all of which were infinitely more fun this year now that she’s able to interact and participate in some of the holiday fun. 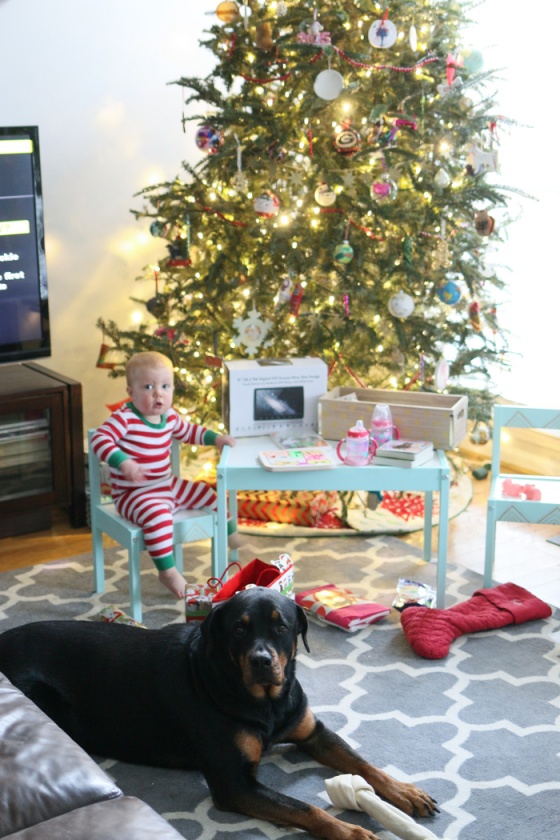 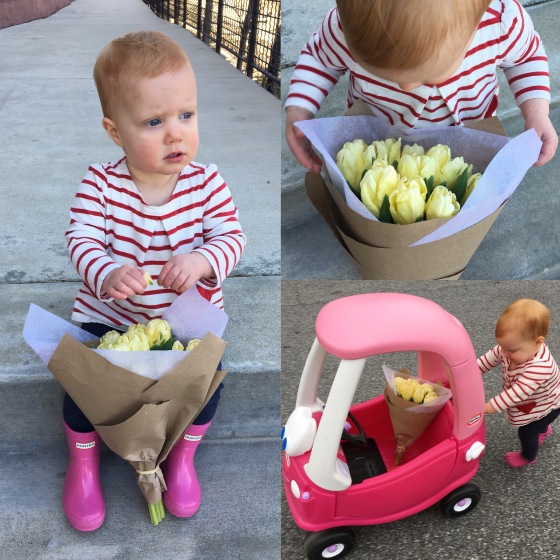 One of our favorite things is when we ask her where someone (usually Coco) is, and she throws her hands up by her face as if to say “I have no idea!”. It’s absolutely adorable, and I’m going to be so sad when she stops doing it one day. Her mean face has already become much less prominent these days, which is probably a good thing, as she took to doing it to people in public, like our servers at restaurants and the nice folks checking us out at the grocery store. 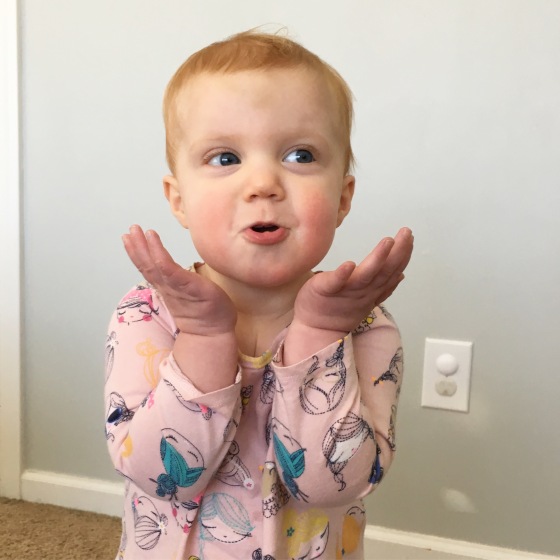 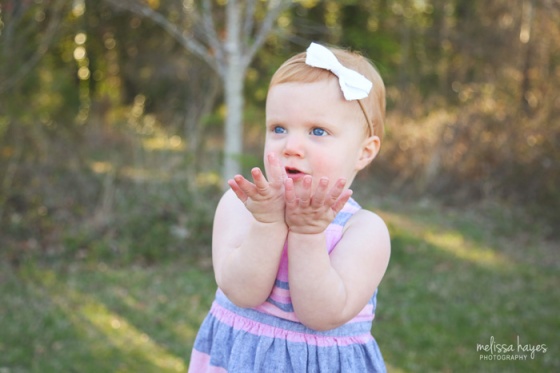 She is such a little environmentalist in the making. Any time she sees a piece of trash on the floor, she’ll stop what she’s doing and find the nearest trash can to throw it away. We crack up over this, because she just started doing it all on her own. At the park recently, she found a food wrapper on the ground and immediately tried to take it over to a light post (which she thought was a trash can) to throw it away. She also loves putting dirty laundry in the hamper or taking clean clothes out of the dryer. Makes mama proud to see that she has such a helpful little spirit!

Leighton’s BIG personality just continues to blossom with each passing month. She loves big and also has quite the temper. She’s stubborn and sassy, but she’s also really sweet and loving. Her bff is our neighbor Emmy, and it’s a true blessing to have become such great friends with her parents. I hope Emmy and Leighton (or “Late” as Emmy calls her) share a friendship that will last for years, even if we no longer live down the street from each other. Coco is L’s furry best friend, and she absolutely adores her. Thankfully, Coco must feel at least partly the same way, because she’s so very tolerant and patient with our little toddler tornado.

We took a weekend trip up to Franklin in early March to visit Craig’s family and celebrate his brother Chris’s 24th birthday. It’s important to us that Leighton gets to spend a lot of time with her TN family so that she’ll grow up not only knowing and loving them, but also having a lifetime of fond memories like we did with our grandparents (and great-grandparents, aunts, uncles, and cousins). Most of the weekend was spent just hanging out at home, eating way too much delicious homemade meals, and playing at their neighborhood playground with L. It was perfect! 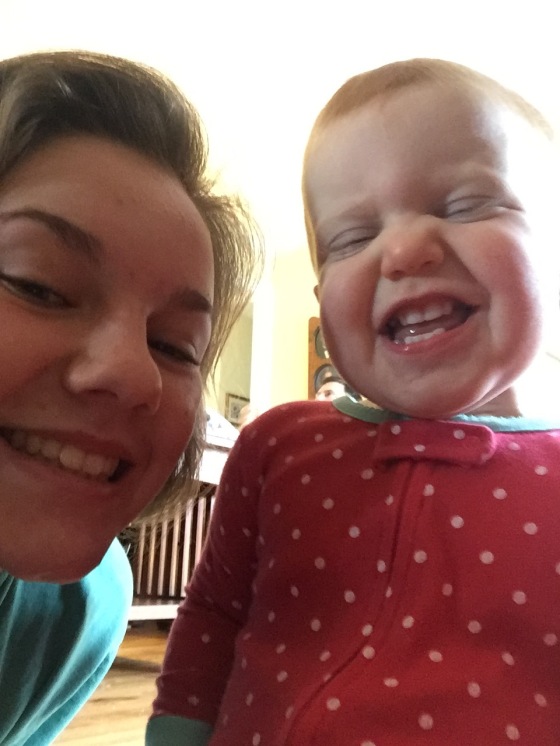 It’s amazing to me that she’s already at the halfway mark to two years old. Time truly is a thief, but I really can’t complain, because she’s growing and learning, and she’s healthy, safe, and so happy…. everything I hope and pray daily for. It’s bittersweet seeing her grow and change so quickly, but I’m so thankful I get to spend the majority of every day with her, just soaking it all it. Happy 1/2 birthday to my baby girl and tiny best friend! 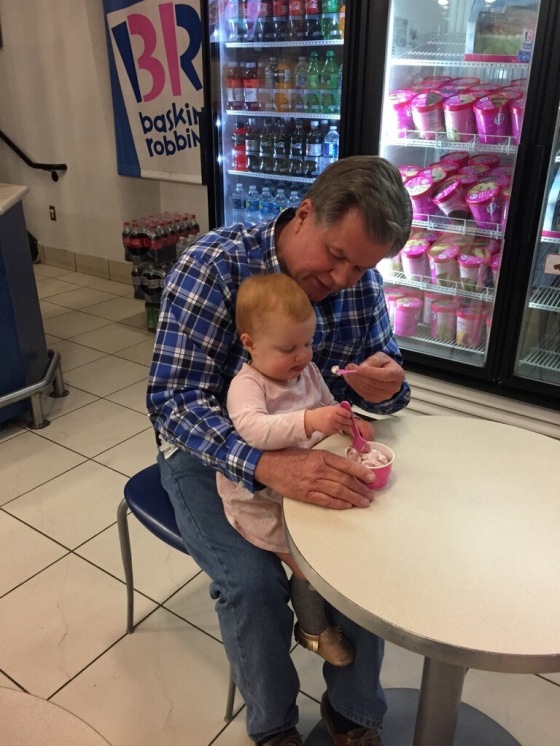 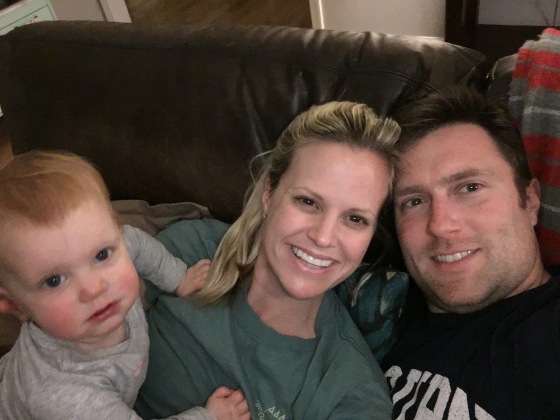 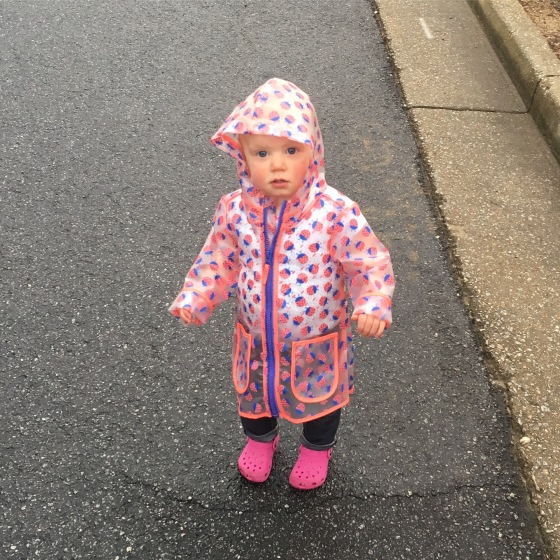 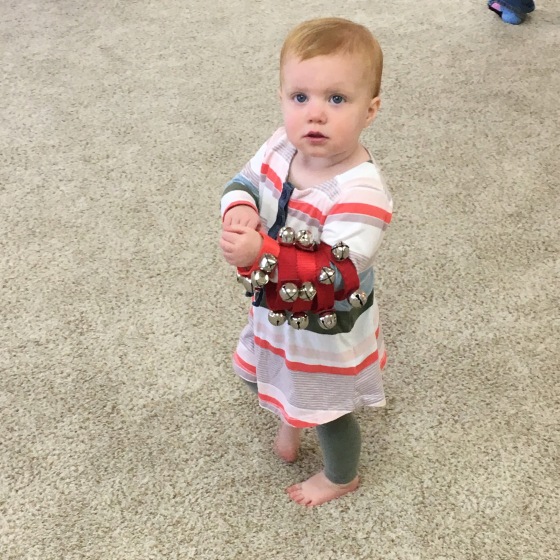 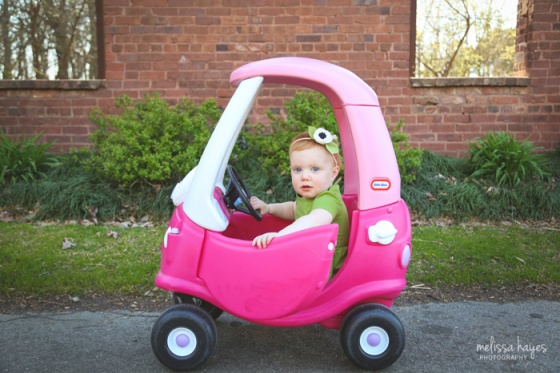