Milestones: She’s taken it upon herself to start potty training! A couple times a day, she’ll run to her portable potty that stays in our bathroom and ask to “pee!” — and she always does. We’re not in any rush to go full speed ahead, but it’s pretty impressive to see things connect for her and hear her vocalize what she needs. I’m hoping it’ll be a smooth transition when we do finally take the plunge. 🙂

We also had our first visit to the dentist recently. She was all about it until the actual exam. She turned into a wild animal when the dentist tried to examine her mouth, but I can’t really blame her. He told us that her teeth were beautiful, but because they’re so close together, we have to floss and brush twice a day. I was preparing for it to be an absolute nightmare because she had recently decided she hated having her teeth brushed, but it’s been the exact opposite. She actually asks to “va” (floss) her teeth and will run to her bathroom at the mention of doing it. Guess the dentist scared her straight!

Likes: Cake. And ice cream, popsicles, donuts, chocolate… she’s gotten her mama’s sweet tooth, to say the least. 🙂 She typically asks for a “pop” every single night when we’re eating dinner. We do our best to limit when we indulge her in her requests, but man, she sure does enjoy them when we give in.

PLAYING. Anywhere and on anything. She loves play grounds, splash pads, parks, and just running up and down the street. Oh, and the Little Gym class that we started this summer has been the biggest hit. She probably wishes she could go every day, but once a week will have to suffice for now. We’re prepping for the 2032 Summer Olympics with our active, fearless little girl.

She loves her books and will sit in the glider in her room sometimes and just “read” to herself, calling out “baby, Coco, puppy” on every page of her “Good Dog, Carl” book series. It’s adorable and brings tears to my eyes every time I see her doing it because it’s just a reminder of how big she’s getting.

She has a newfound love for Mickey Mouse Clubhouse and Sesame Street. Her favorite characters are most definitely Cookie Monster (I wonder why?!) and Elmo, who she calls “baby.” She’s learning the names of all the characters and is also learning her letters and numbers by playing games and videos on the Sesame Street app we got.

Leighton has also really taken to her sweet baby cousin, Jack. I was a little worried about how she’d react to seeing me or my mom holding him once he arrived, but she’s totally fall in love with him, just like the rest of us. She calls him “Bobby Gack” for Baby Jack, and it is the cutest thing ever to see her try to hold and hug on him.

Dislikes: She loves playing in the car when we pull into the driveway at home, and she seriously hates it when she’s told that she has to come inside. As she’s gotten a little older and is able to understand most of what we say to her, it’s made it a lot easier to explain situations she might not like (like Mommy leaving to go to work) – so she’s able to process what is going on instead of being upset.

Fun stuff & firsts: She refers to herself as “Tay-Tee” and can also say her last name, which sounds like “Yayes.” She’s become so independent and wants to do everything on her own, which can be both good and bad. 🙂

One of my favorite things this past year has been watching her friendship grow with our neighbor Emmy. They have become the best of friends and are truly two peas in a pod. We are so thankful to have such amazing neighbors who have become great friends to both us and our daughter. I can only hope that Leighton and Emmy stay friends for life. She’s also obsessed with one of my best friend’s little boys, Nolan — or as she calls him, NoNo. They’re 4 months apart and just the cutest when they’re together.

This year has flown by even faster than the first one did, and I’m sure they’ll only continue to go by more quickly. I’m so very thankful that I have the opportunity to stay home with Leighton during this blink of an eye time in her life as she’s growing so quickly and learning new things literally every single day. It’s bittersweet to watch her getting so big… I’m sad to see more of baby Leighton slip away, but I’m even more excited to watch her become a little person with thoughts and feelings and ideas all her own. More than anything, we’re just thankful to have a healthy, happy daughter, even if it does seem like she’s growing up right before our eyes. Leighton is the greatest joy of our lives, and I hope you’ve enjoyed following along during her 2nd year! 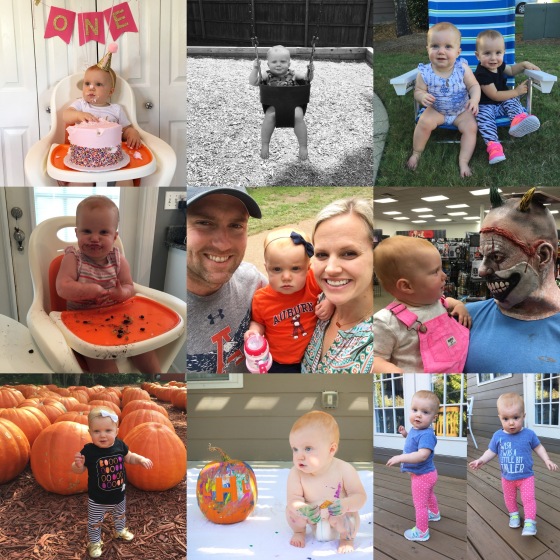 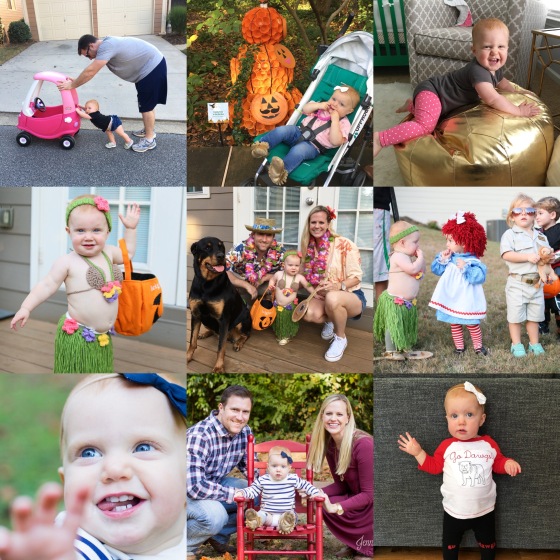 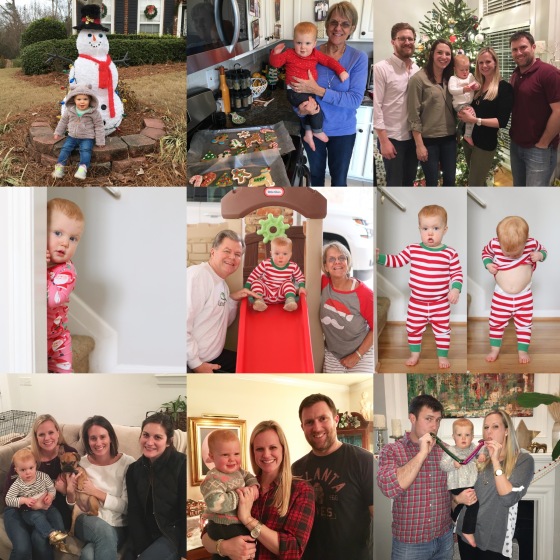 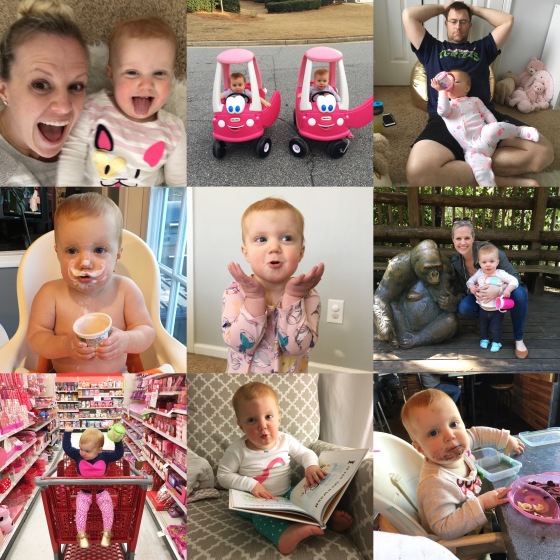 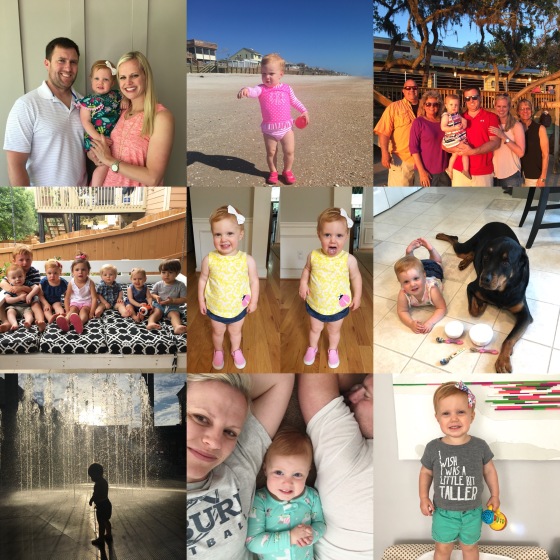 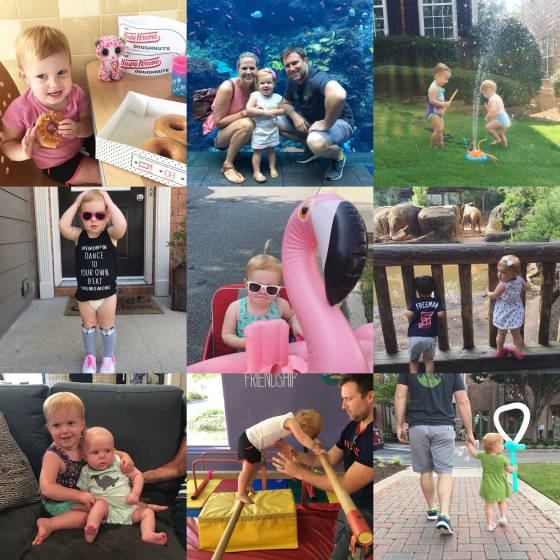 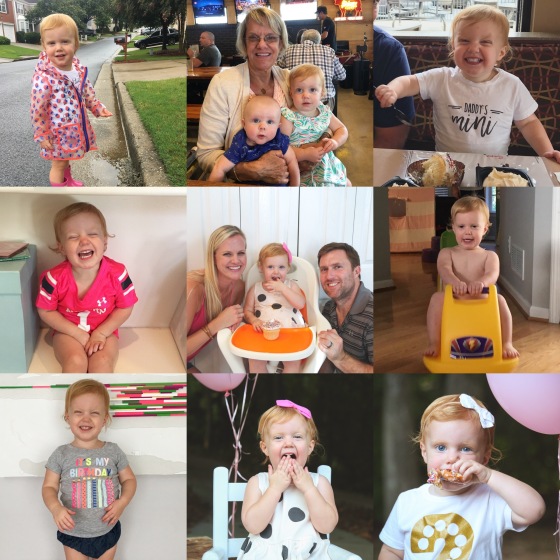