Have you heard of Bantam + Biddy in Atlanta? I hadn’t either, until last month when I read in a food mag that they were one of the best places in the country to get rotisserie chicken. Sort of random, but when my brother chose B +B for his birthday dinner this weekend, I was excited to check out this new chicken restaurant in Ansley Mall. I found out that it’s co-owned by the guy who founded Yeah! Burger, which is a favorite of mine. B+B is a pretty casual place that features lots of classic southern food (and many of the menu items are gluten free). It’s fairly small inside, but has a nice patio.

When we got there, we were told that Sunday is Fried Chicken Night — yeah! And they sell Sublime Donuts? Double yeah! 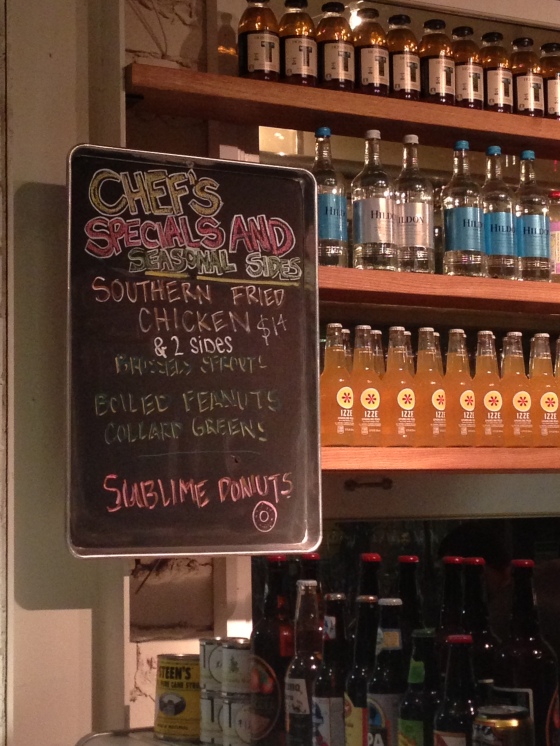 And there were tiny cherry pies for dessert. How cute!

We started with the Poutine and Pimiento Cheese appetizers. The Pimiento Cheese was a pretty big letdown… it was essentially some shredded cheese dumped into a bowl with pimientos. I’m hoping maybe it was a bad batch, because any southern-inspired restaurant should know how to make good Pimiento Cheese. The Poutine, however, was a big hit. The dish consisted of duck fat fries covered in Amish cheese curds and gravy. Heart attack in a bowl, but so good.

I had good intentions of trying the dish they’re apparently known for — the rotisserie chicken — but who can resist fried chicken? 3 of the 4 of us got the Sunday Special with 2 sides. I chose mac n cheese and collards (a special side for the night). I LOVED the mac, and the collards were ok (they could have used some more spice). The fried chicken was also pretty yummy — they give you 3 large pieces of white and dark meat, which is more than enough for one meal. I also recommend their sweet tea — sweet enough, but it doesn’t taste like you’re drinking a cup of sugar. 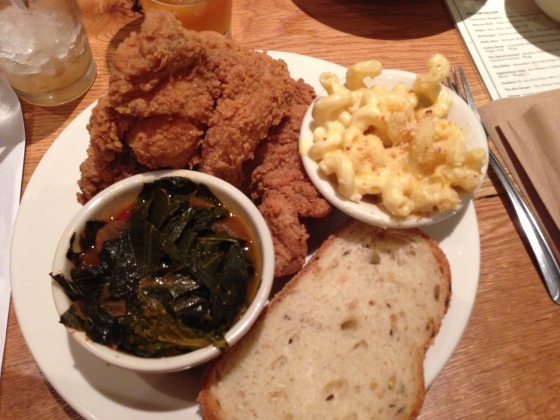 For dessert, I tried the mini cherry pie, and we also got a couple Dulce de Leche Sublime Donuts. The pie would have been a lot better had it been heated… but the cherries inside were quite yummy. And it was cute.

B+B also has breakfast and lunch, both of which I’m excited to come back for. They offer biscuit sandwiches, chicken and waffles, and donut holes, to name a few, for breakfast. 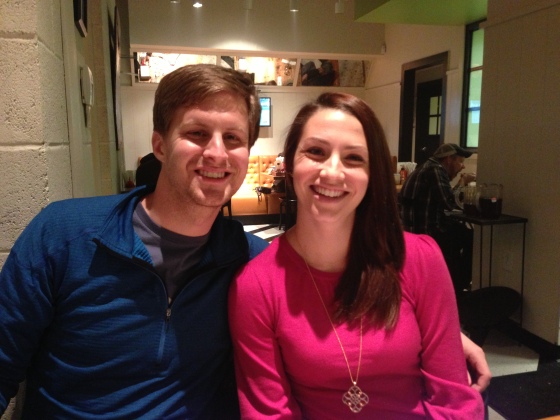 It makes me so happy that my brother and his fiance live so close by so that we can celebrate all of life’s occasions together. Happy 27th birthday, Drew! We love you bunches!

Last week, we celebrated Craig’s 30th birthday a little early, as we were traveling to Nashville for the long weekend over his actual birthday. We have been to Kevin Rathbun Steak sevel times and love it, so we decided to try out the sister restaurant, Rathbun’s. The restaurant is in the BottleWorks Building and has a really industrial feel on the outside, but is dark and cozy inside. We had a great waiter who gave us what I think were pretty honset opinions on what to order… like when I asked about the special Krog Candy Bar dessert, he made a face and said that would not be the best choice, which was much appreciated! 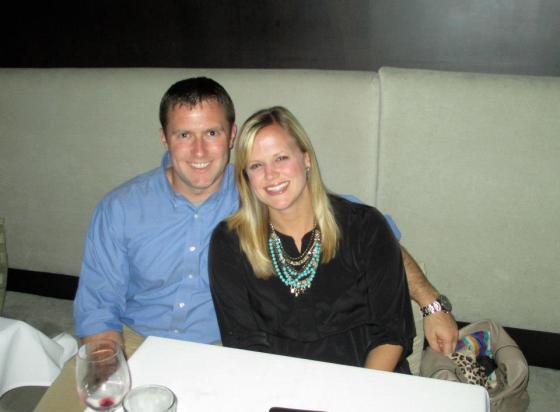 I think if you’ve been reading any of my other posts about restaurants we’ve visited, you’ll know that my two favorite things at a restaurant are appetizers and desserts. So we started off with the flatbread pizza with carmelized onions, local chevre, and honey. It was super thin and crispy, and the flavors were really interesting.

Craig had the Sea Scallop Benedict on Country Ham Grits with asparagus and spiced hollandaise… he ate every bit. I had one of the specials from the “Second Mortgage” section — filet, grits, and charred corn with gouda cheese… so, so good! I’m a sucker for creamy grits with just about any meal.

The waiter brought Craig a birthday dessert on the house — Banana Peanut Butter Cream Pie — and he also ate every bite of that. Sensing a trend here? I don’t do bananas (except in banana bread), so I just sampled the cream on top, which was really thick, sweet, and delightful.  We of course had to try something else as well, so we got the Warm Gooey Toffee Cake with Jack Daniels Ice Cream, too. We gobbled it up! It was a fabulous way to start off Craig’s 30th birthday weekend…. and now on to our Nashville trip!